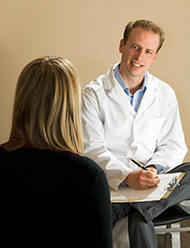 The Functional Movement Screen captures fundamental movements, motor control within movement patterns, and competence of basic movements uncomplicated by specific skills. It will determine the greatest areas of movement deficiency, demonstrate limitations or asymmetries, and eventually correlate these with an outcome. Once you find the greatest asymmetry or deficiency, you can use measurements that are more precise if needed.

The original idea of the Functional Movement Screen was to portray movement pattern quality with a simple grading system of movement appraisal its not intended to diagnose or measure; isolated joint movement. Attempting to measure in isolation does a disservice to the pattern, the body is too complex to take isolated movements seriously in the initial stages of screening. The system was developed to rate and rank movement patterns in high school athletes, but through a two year refining process, we discovered uses beyond its original intended purpose.

The Functional Movement Screen is comprised of seven movements tests that require a balance of mobility and stability. The patterns used provide observable performance of basic, manipulative and stabilizing movements by placing clients in positions where weaknesses, imbalances, asymmetries and limitations become noticeable by a trained professional. Many people who score poorly but a very active change there routine and in minimize injury and develop power.